How to handle sibling rivalry 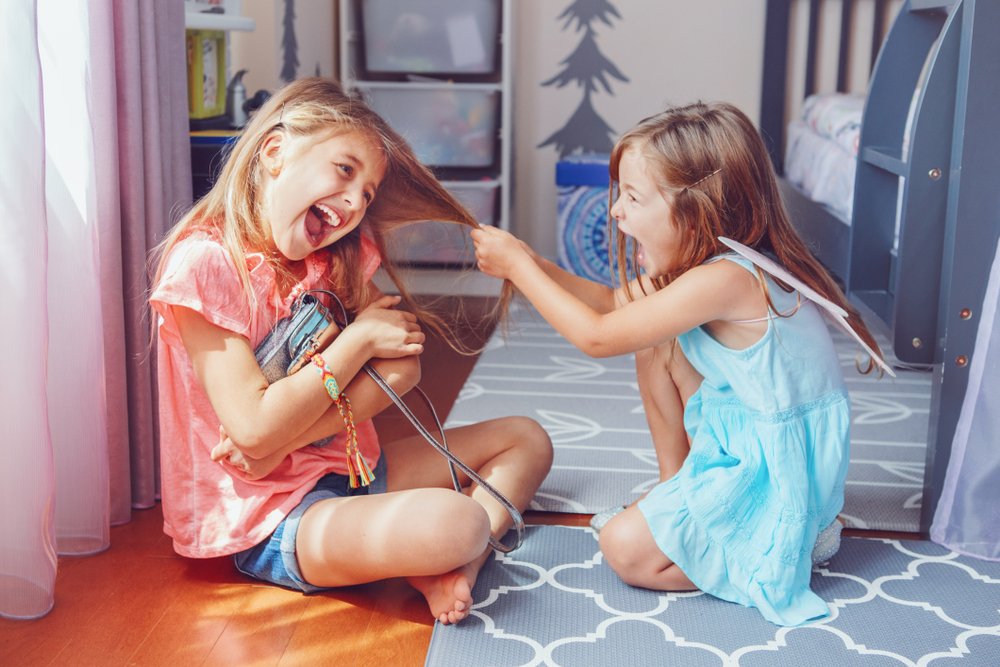 If playing referee in your children’s fights has you at your wit’s end, listen up. Here are a few things to keep in mind when it comes to sibling rivalry, that may help you put an end to it once and for all.

Stay out of their fights
It might sound strange, but one of the best things you can do when your children argue is simply ignore it. By stepping away without getting involved, you give your children an opportunity to sort things out themselves – and you also don’t reward their behaviour by giving your attention to it. Of course, if you really feel as though you have to intervene (if things are getting violent, for example) you should absolutely do that – use the below tips to help you out.

Stay calm
As tough as it may be, staying cool when tensions heat up between your children is always your best course of action. For one, it shows them how they should react in irritating or upsetting situations – a good role model goes a long way. It’s also a beneficial way to turn the situation into a learning opportunity, which you can’t do when you’re yelling. Rather than opting for a time-out, stay calm and use other strategies to help your children learn from their conflict (think role-playing).

Don’t take sides
This one sounds obvious, but in the moment, it can be difficult. You may be confident that you saw or heard something that puts the blame onto one child more than the other, but remember that your children will see the same fight very differently – and both will usually think they’re right. Instead, when the tension has diffused, chat to each child to find out what happened and ask them to come up with a solution together, or suggest a few if they can’t do that themselves.

Celebrate their individuality
Sibling rivalry can often arise when children feel competitive among one another, so rather than try to resolve their fights, it’s a good idea to tackle them at the source. If your children feel as though you see and appreciate them as they are – rather than pointing out how different they are to their sibling(s) – they will be less likely to lash out as a result of low self-esteem. Avoid labelling or pigeonholing them, and instead let them know how special they are to you.

Remember: it’s inevitable
But that doesn’t mean it isn’t manageable. Accept that, as a parent of multiple children, they are always going to fight – the secret is to take steps that can reduce and resolve those fights. Your goal as a parent should be to minimise conflict and maximise the benefits of fighting; after all, they are a great way to bring up otherwise unspoken about issues. It’s all about how you handle them – and teach your children to handle them in the long run.

How to Stop Children from Biting