Back to News & Advice
More Nutrition 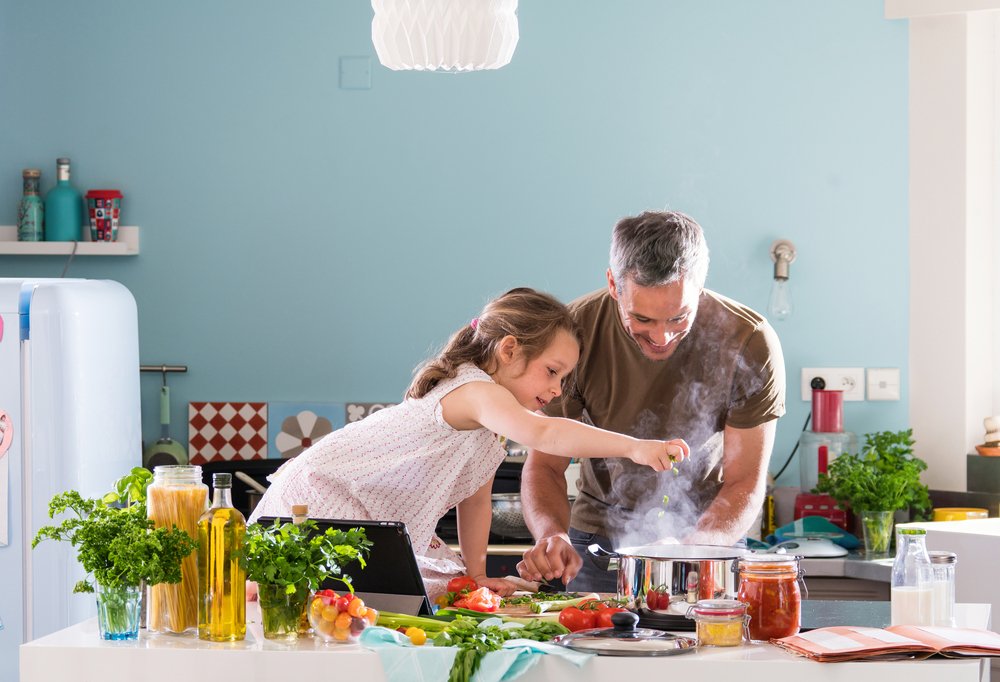 When it comes to dealing with children with picky palates, there is certainly no shortage of information or advice floating around the Internet. But how can you be sure that what has worked for one child will also work for yours? And, if you don’t have a fussy eater yet, what can you do to avoid the problem?

With more than 20 years of naturopathic experience treating and mentoring her patients on matters of health and wellness, Georgia has a pretty good idea of what works when it comes to feeding fussy eaters.

To hide, or not to hide…

When it comes to hiding food, the advantages are typically short-lived. Georgia explains that while hiding food can be beneficial for some children – for example, those with nutritional deficiencies – it will likely become impractical and ineffective over time.  Packing as much nourishment into a meal as possible can really help to correct a nutritional deficiency and encourage a child’s desire to eat more whole foods – plus, it’s good for your own peace of mind.

“Even if your child wouldn’t touch the food in its whole form, you can let it go without feeling like you need to offer them something else to eat,” says Georgia. “Replacing a refused meal, or part thereof, is a big no-no in my book.”

But while it’s easy enough to do when your children are little, you won’t be able to hide avocado in their smoothie when they’re 20. And though it may promote better nutrition and in turn more desire for healthier foods, Georgia explains that hiding food teaches children nothing about the importance of eating ‘whole’ real foods.

“I tend to look at including, for example, grated or pureed vegetables in a meal as ‘boosting’ the nutritional potential, flavour and texture of a meal, rather than ‘hiding’ it,” Georgia says. “Always hedge your bets by both ‘hiding’ and serving whole veggies on the first plate you serve. If they do eat some or all of the whole form you can congratulate them, reward them if you like, and feel satisfied that they have had a really great meal – and that you are building a fantastic food appreciation and healthy future.

“And if you choose to reveal the hidden ingredients, do so solely to demonstrate that the vegetables can taste great in this form – not to prove that you’ve ‘one-upped’ them. You don’t want to create any mistrust with food, so it needs to be presented in a really positive way.”

Georgia explains that she will confirm that her children liked their dinner before sharing the hidden ingredients. And even then, she will say something like, “do you know you had three extra serves of vegetables in your dinner tonight? Imagine how much stronger/faster/smarter that will make you”. Revealing it in a, “ha ha, I tricked you,” manner will only build resentment and work against you in the long run, so avoid the ‘I win’ mentality – no matter how smug you might be feeling.

Children are more likely to eat something if they understand exactly what it is – this is something Georgia knows from experience. So, talk to your children about vegetables and have them help you shop for and prepare them. Make it into a fun activity by, for example, putting five of the best-looking carrots into a bag for you or choosing the biggest broccoli!

“My son as a toddler used to push anything green and leafy off his plate, stating, ‘don’t like flowers’,” Georgia says. “Then one day he asked to ‘spin the flowers’ – he was fascinated by things that moved – and to this day he loves his job washing and spinning the leaves and his first preference in food, believe it or not, is salad.”

Children are also much more likely to follow your example, not your advice – you can talk until you are blue in the face about how delicious vegetables are, but unless you’re eating them yourself, you will never get your children on board.

“Next time they reject a vegetable, don’t get upset,” Georgia says. “Instead, offer it to other members of the family or gobble it up yourself stating, ‘you don’t know what you’re missing out on’. Eventually the positive role modelling will rub off – it’s all about persistence.”

Research confirms that children who eat the same meals as their parents have healthier diets. By the time your child is a toddler, they will understand the meaning of food and all that’s involved in the process of eating – but, it’s also the time when they will challenge you and their eating habits will become a bit erratic.

“It is very easy to slip into the habit to supply toddlers with a constant stream of snacks, but it seriously sabotages long-term healthy eating habits,” Georgia says. “Their food routine needs to include sitting at the family dinner table or kitchen bench which is sometimes difficult for a wiggly toddler, so it helps to make sure they are very hungry come meal time.”

Think of it as a bit of short term pain for long term gain – this one rule that will make your life so much easier later down the track.

“Whatever you do, don’t offer them processed or sugary foods to satisfy yourself that they have ‘eaten something’,” Georgia adds. “More harm than good comes from this.”

Toddler’s food doesn’t need to be bland, either! Give them as much of what you eat as possible – or an adapted version, if necessary. Once your toddler is taking finger foods, invest in a good lunchbox and pack lots of little bits and pieces, rather than pre-packaged foods.

“You might have an assortment of steamed or baked vegetables packed if they are too young to crunch on raw,” Georgia says. “And if you’ve got a veggie-hater, a squeeze of lemon juice, a drizzle of olive oil or blob of butter over steamed vegetables can make all the difference.”

At the end of the day, Georgia says, children aren’t ‘just fussy’. Food fussiness is something they develop, but it’s also something you as a parent has complete control over.

“I’m not saying they won’t have likes and dislikes – that’s normal,” Georgia explains. “But many children dislike many more foods than they like, or will only eat processed foods like pasta and bread, and this is an issue. It is not a stroke of luck that I and many others have children who eat almost anything – it is a case of firm boundaries, patience, and persistence. Doing the hard yards from the get go is the simplest way of raising a healthy, nutritionally satisfied child.”

Sometimes, we need a little helping hand – especially when it comes to dealing with fussy eaters! Check out our Top 3 ‘holy grail’ lunch products that even the fussiest eaters can’t resist.